Tragedy Brought the Community Together

Communities with a Community 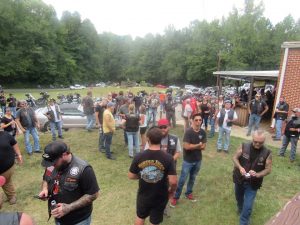 Recently a local motorcycle establishment experienced a tragedy which brought the entire community together.

It was a Friday night when a patron of the establishment was forcibly removed by security. The individual removed had been causing problems with customers when security became involved. Once the individual had been removed, a member of the security staff went to his car to insure the individual left the premises. Unfortunately the removed party had other intentions.

Having been shot four times, putting his own life before the customers and employees of the establishment, Ben became identified as a local hero. The members of CAM rolled the throttle as the motorcycle community joined together to support Ben.

Ben and his family were surrounded by fellow riders offering their support. As the motorcycle community became one, the other organizations and communities within our community joined in to help. The local American Legion and V.F.W. in conjunction with Harley Davidson and local motorcycle shops scheduled a ride to raise much needed funds. Businesses, churches and charities gave their support providing resources and funds to help out the local hero. 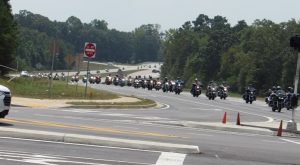 On the day of the ride there were more than 250 riders, a police escort, and more than $20,000 dollars were raised to help with the medical bills and financial loss. This was the largest outpouring of support within our community for a fellow rider. This tragedy brought communities together while the image of motorcycle riders was changed in many minds within the community.

A Pastor taught me before anyone cares what you know; first they must know how much you care. Bens’ tragedy represents what happened within our community. The community learned about the heat of the riders, and riders learned the heart of the community. Each learned from the other, providing a foundation of mutual appreciation. A tragedy brought the motorcycle community together as various communities joined together for a common cause.