Do you believe in American Exceptionalism?

I am convinced of America being exceptional! I also believe this concept of being the exception, to becoming the standard, is Americanism. 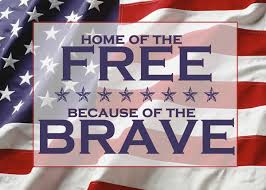 Earlier this month we celebrated with friends the birthday of the United States of America. Each one of us are very proud to be an American. We all believe in the greatness of our country.

During the day we had many conversations about what we believed made America great. We shared historical places we have visited. We told stories of our own lives and the lives of our families. Stories were told of how much our families valued and believed in America.

I shared about my travels to Europe while my father was a U.S. Army Civilian. We moved to France in 1965. When the French kicked the Americans out of their country we moved to Germany in 1966. (Remember, we saved the French from the Germans just 20 years earlier during WWII)

While living in these two countries we traveled extensively and these experiences only reinforced my convictions of America being Exceptional! Some of the most precious memories I have were of traveling through these countries and then driving through the gates onto a United States Military Installation. The American Flag was flying high and proud. The military personnel in uniform saluted us onto the installation and we were safe. We were on American soil.

The culmination of my travels in Europe came about in a very special way. I need to explain that we had been living abroad most of the time not in military housing but in the local community. I grew up playing with children my age who were from the country we were living at the time. My memories of watching Mr. Ed the talking horse speaking in French was rather different. I had been an American living in a foreign land.
My father had arranged for our family to return to the United States on one of the last transatlantic trips of the USS United States. My father was so impressed that the only two items of wood on the ship were the butcher block in the kitchen and the Grand Piano in the Ballroom.

We had departed Nancy, France and crossed the Atlantic Ocean in five days. We did encounter a small hurricane for which I am not cruise envious today. Imagine a toothpick in a swimming pool.
We survived the hurricane and we entered New York Harbor and there she was, Lady Liberty and the American Flag. I was home. I was back in the United States of America. 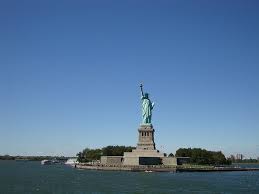 During the course of our conversation celebrating the 4th of July the statement was made “The founding fathers, although Patriots, were also traitors”. I have been reflecting on this and although it makes me wince, an argument can be made for it being true.

The founding fathers were traitors to the King. A King to whom they themselves did not pledge allegiance. A King that had exerted authority he did not have. A King to whom others would submit, but not these men, these Patriots.

The founding fathers believed America was Exceptional! They believe that individuals given the opportunity could make a great nation. A nation different from any other nation in the world. A nation where individuals given the chance would excel. The risks were great but the status quo was not very appealing.
The very words of our Declaration of Independence say it so well. Life, liberty and the pursuit of happiness. These three words in the Declaration of Independence are what Americanism is to me. Being the exception, then becoming the Standard for all to emulate.

We attempt to achieve this same exceptionalism in our company. Our products were formulated out of a desire for better and safer products. We believe that with each new believer in our products we will become the standard.