How does “Made in America” make you feel? 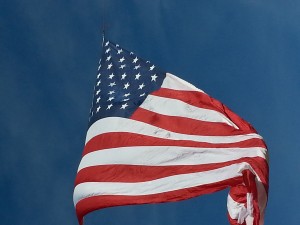 Do you think: Yeah, right. It was made here, but now it comes from China?

I have been reflecting on what I think “Made in America” means.

I am proud that Moto-Tec Products are Made in America. Our products were developed and formulated in Kansas City, MO and continue to be to this day. This means when you buy Moto-Tec Products your dollars stay in America. We are a Veteran Owned Company, so you are also supporting an individual who took an oath to “Uphold and Defend the Constitution of the United States from enemies both foreign and domestic”, a  Veteran. 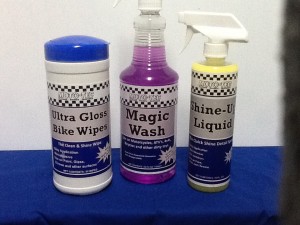 Product development and improvement has been an American tradition. Think of the many products that originated and were developed in America, and can now be bought around the world. The old saying of “necessity is the mother of invention” is more true for America than any other place on the planet.

Although “Made in America” is a phrase referring to products, I believe it is even more important regarding the individuals and beliefs that reflect the core values of what America was founded upon: Life, Liberty and the Pursuit of Happiness.

The American forefathers ventured to a foreign land, what we call America, with a belief that a better life was possible. We must remember that at the time of the Pilgrims most of the countries were ruled by Kings or Dictators. Individuals were of little significance, or no regard. Those individuals, willing to risk both their lives and reputations, ventured out pursuing a dream of a better future.

The founding fathers of our nation were few. The concepts, values, and ideas of those few men are responsible for our nation, The United States of America. At the time of the founding of The United States, and even now, our nation was considered “the great experiment”. If those few men had remained silent, or went along with the current trends and philosophies, we would not have this place we now call America,” land of the free, home of the brave”. The core of the founding fathers’ beliefs lie in these everlasting truths: There is a Creator, we are granted un-alienated rights, personal responsibility, and that these beliefs are ones worth dying for.

In the closing of the Declaration of Independence above each signature is the sentence,  we “pledge our lives, our fortunes and our sacred honor”. I believe this statement conveys an American spirit and conviction, that must be remembered and renewed.

Later in our history we come to “The War Between the States”. This was a devastating time in our history, but one we should never forget nor make believe it never occurred. The reasons for this conflict were many, and open for discussion. The truth to be gleaned is that our leaders of the time led us through the trying process and created a vision for our future. A vision of a United America being stronger than its individuals and indivisible parts.

WWI and then WWII brought about a crisis of unequaled proportion of the time. In WWI we had John J. Pershing. In WWII we had F.D.R., Eisenhower, MacArthur, Marshall and Patton to name a few. Leaders of a nation, promoting the values which we call American Values.

More recently we have experienced 911. We can all identify whom we call our leader at that time. For me, our President George Bush, standing on the ruble of the World Trade Center, with the bullhorn speaking to the first responders, is an unforgettable image of America being alive and well.

For many of us that have seen the movie American Sniper, we hold Chris Kyle as a hero. This movie provided a glimpse into what our service men and women encounter in modern day warfare. I am honored to have family members that have served in the Armed Forces during this time, one even being a Seal Team member.

This American spirit, these foundational truths, these concepts and values of the American Founding Fathers, are being demonstrated and accepted around the world. I believe if it was not for a few men in 1775 this would not be so.

“Made in America” is important regarding products, but this spirit is why the rest of the world is experiencing both growth and a quality of life.

If “Made in America” is important to you, if  you believe small business is both the success and future of America, when you buy Moto-Tec Products, you are both confirming and endorsing your convictions.

Click on the link to place your order. Moto-Tec Products

See you on the “Open Road”

See you on the “Open Road”,